Gary has been at the shelter since 2002, and his dedication is obvious. Gary is a kennel technician and can be heard most mornings coaxing the dogs to move with his “good morning sugar, move out of the way!” His favorite part of the job is the many successful adoptions he has had – especially the dogs he has worked so hard with to make adoptable. For any of you that remember our mascot “Buster,” Gary spent countless hours with him, nurturing, nursing and just making sure he knew he was loved.

Jeanette and Deryle joined the staff in 2006 and work out in the shelter and the office respectively. Jeanette says her favorite part of her job is all the things she has learned about animal care and animal medicine as well as making that special connection between animal and family and knowing the animals are going home, finally, to have a warm bed and lots of love.

Dawn started working for the City of Bakersfield Animal Care Center in 2013 and transferred to the SPCA in April. She works in the office and brings with her a love and passion for all animals. You can find her spending her breaks socializing our hard to adopt cats.

Kristin joined our staff in 2012 as a Health Technician and quickly was promoted to Kennel Supervisor. She does an outstanding job maintaining the health and welfare of the animals as well as coordinating spay and neuter surgeries for all of them. We all just love her!

Chuck has been in charge of public relations and our volunteers since coming aboard in 2003. He is a local television celebrity and has quite a following. He is also the donation event guru and manages to “pull it together” every year!

Julie has been the director of the SPCA since 2011. These days she also oversees the daily operations for the City of Bakersfield Animal Care Center. 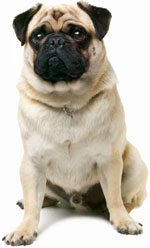 ABOUT US
Go to Top